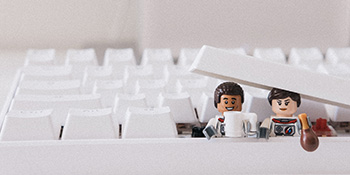 Good evening Guildren. It's getting dangerously close to Monday Night Games!
What do y'all wanna play this week. Alanah Schupbach is looking to play Nyctophobia, a 1 vs. Many game where you are all trying to escape some manner of bad guy in a dark forest. Can you make it to the car before you're brutally murdered?
Last week I taught and played Food Chain Magnate, so this week I'll basically be avoiding that. ...

I'm keen to die in a forest!

Sign me up for death by evil tree man

I'll be playing Scythe with Robert AnAncell and anyone that wants to join!

Sorry folks, in hindsight I need to conserve my social energy this week!

Hey Guildren! We're halfway through the nomination process for the committee positions and no one has been nominated, or nominated themselves, for the position of President.
As the outgoing President I thought I'd let you know what the position entails.
As President you'll run the Annual General Meeting (AGM), as well as any other general meeting. Keeping everyone on track, and following the agenda set by the committee. At the AGM you need to produce a report about what the committee has worked on over the last year.
Out of these general meetings, you'll need to arrange for regular committee meetings, where the committee works together on projects, problems, and upcoming events. As the president you'll get the decide tied votes, which doesn't happen very often.
That's it as far as responsibilities go.
What you get is the ability to help set the direction of the Guild, and to give back to the local geek community.
If you have any questions send me a message and I'll do my best to answer, and don't be a afraid to give it a go. Remember you must be a paid member of the Geek Guild to be nominated, or nominate for any of the committee roles, including President. ...